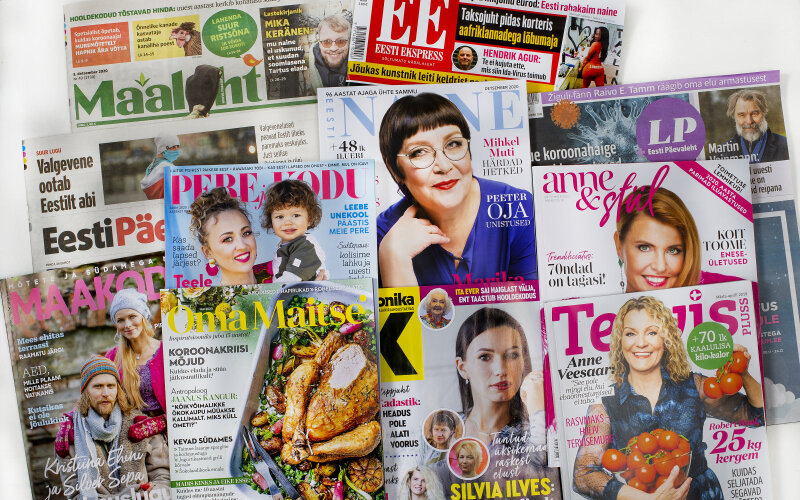 “Ekspress Meedia promotes an open and informed society. Our role is not merely high-quality and fact-based journalism but also extensive education of our readers and employees. In terms of information, an increasingly important change is raising awareness about our surrounding environment and its changes. Management and reduction of the impact of human-caused climate changes is becoming an important goal and the media undoubtedly has a key role both as the trendsetter as well as the creator of a fact-based information space, “commented Argo Virkebau, the Chairman of the Management Board of Ekspress Meedia.

Throughout the month of January, Ekspress Meedia will collect data on the origin of its so-called energy costs – from server capacity and printing of periodicals to generation of waste in the offices. The company’s goal is to reduce the amount of waste through recycling and foregoing disposable plastics. “We plan to be bolder in using sustainable printing technologies. We will invest more in technical solutions that help protect climate. We also wish to set a specific deadline by which our CO₂ footprint should reach zero, “noted Virkebau.

“To our knowledge, Ekspress Meedia is the first company in its field here that has started to seriously address and reduce the company’s environmental impact, using Scandinavia and Western Europe that are one step ahead in these matters as its role models. It is also remarkable that Ekspress Meedia will not conceal its environmental impact but will disclose its ambitions and set an example by assuming a more thorough approach and examining the effects of the operational chain of the entire company, “added Martin Ruul, project manager of Sustinere.

By mid-March, Sustinere will compile a report on the basis of the data collected on the annual carbon footprint, measured as a tonne of CO₂ equivalent. “The fact that companies are beginning to have a knowledge-based and strategic approach to management of their environmental impact is clearly a broad-based growing trend both in Estonia as well as in other Baltic States, “noted Ruul.