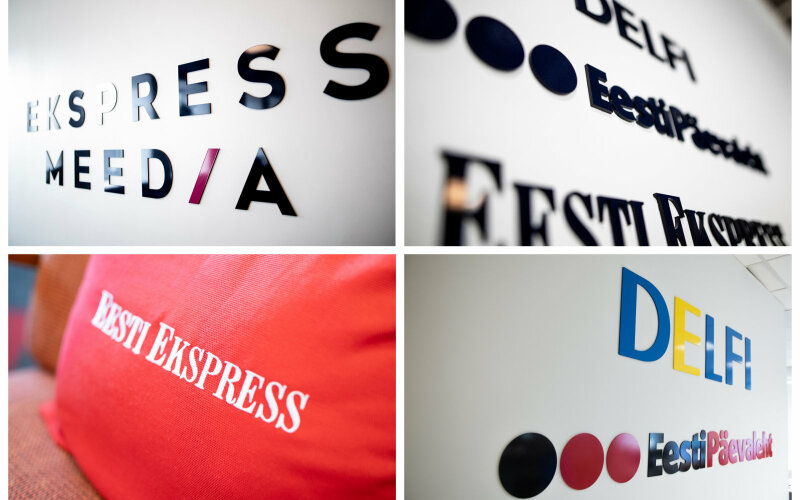 Third-quarter revenue of AS Ekspress Media, the subsidiary of the leading Baltic media company Ekspress Grupp that combines the latter’s periodicals business increased by 10% year-over-year. The growth driver was the advertising market that exceeded expectations and strongly growing digital subscriptions.

As of the end of the 3rd quarter, Ekspress Meedia had 46 362 digital subscribers which is 67% more than in the same period last year. According to the data of the Estonian Association of Media Companies, Ekspress Meedia is the market leader in terms of digital subscriptions (53%). Likewise, according to the data of Gemius, the time users spend in Delfi is almost twice that of its competitors.

“The effects of the corona crisis have been very contradictory for us throughout the entire year. On the one hand we are witnessing a huge surge in digital subscriptions and high interest of readers in journalism in general while on the other, we have had to cope with the advertising market that plummeted in the 2nd quarter. The 3rd quarter has brought positive news where online advertising already exceeds the levels of 2019 and print advertising is recovering. The measures of the Unemployment Insurance Fund adopted to cope with the economic slump and prevent layoffs in the 2nd quarter has definitely been of great help“, noted Argo Virkebau, CEO of Ekspress Meedia when summarising the results of the 3rd quarter.

“We have had a very systematic approach to our work when developing digital products, both in terms of their content as well as form. A special focus has been placed on customer retention, provision of value to customers and customer satisfaction that has increased to the highest level ever (NPS of almost 60). In terms of content, an important factor for us besides the corona crisis was setting up the largest investigative editorial office in Estonia where several major expository articles were published, e.g. on the topic of money laundering. Together with the investigative unit we also launched systemic fact-checking to ensure fact-based journalism and to highlight the stories for our readers that contain obvious false claims, “added Virkebau.

According to CEO, the strong and cohesive team and passion of people towards their work has helped the company a lot during the crisis years. “Our news editorial staff was on the front-line during the corona crisis and adapted remarkable well to the unexpected challenge. Creativity during the corona crisis has significantly increased the flexibility of the organisation and accelerated the digital revolution. We sent our reporters to Byelorussia when it was impossible to enter the country. Today, our team is covering the presidential elections in the USA and sports reporters are coming up with complex flight schedules to cover sport events where no spectators are allowed, “Virkebau praised the ability of journalists to adapt quickly and find solutions in crisis circumstances.

The audience of the podcast environment Delfi Tasku and its advertising sales have also demonstrated fast growth. At the end of the 3rd quarter, various podcasts of Delfi were played for over 7.7 million times. The company is also expanding this business line to the video format, creating several successful vodcast programmes. Last month, Kroonika made its first attempt with the television-type series “Kuum Tool“ and “Klikk“ that have achieved high viewing results.

promote democracy and make its contribution to a more open, informed and digitally advanced Estonia.